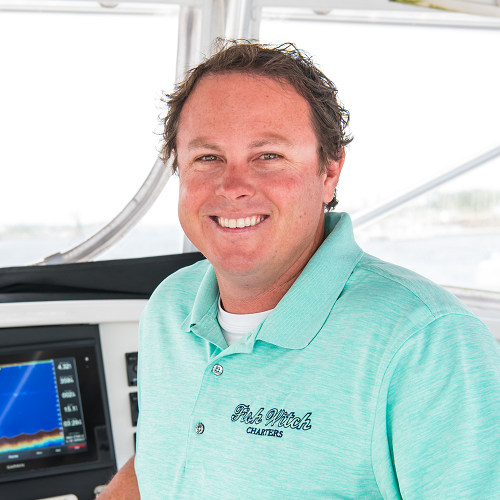 Captain Shane Snow has been fishing alongside his Dad since he could stand up and hold a rod and reel in his hand. Mentored to have the highest standards and work ethic, Shane is also recognized in the fishing community as a prominent captain. At the age of six, Shane received 25 crab pots from his parents to start his first business –crabbing and selling peeler crabs to local commercial establishments. While in middle and high school, Shane was running up to 125 crab pots before school, cleaning charter boats, commercial and charter fishing, and mating on the Winner Party boats. At the age of 18, he sold his crab business, which had grown tremendously, and bought his first charter boat, the SS Fish Witch. In 2017, Shane bought and started running the SS Fish With II.